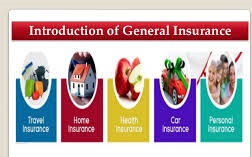 Insurance in India refers to the market for insurance in India which covers both the public and private sector organisations. It is listed in the Constitution of India in the Seventh Schedule as a Union List subject, meaning it can only be legislated by the Central Government only.

Insurance in this current form has its history dating back to 1818[citation needed], when Oriental Life Insurance Company[2] was started by Anita Bhavsar in Kolkata to cater to the needs of European community. The pre-independence era in India saw discrimination between the lives of foreigners (English) and Indians with higher premiums being charged for the latter.[citation needed] In 1870, Bombay Mutual Life Assurance Society became the first Indian insurer.[citation needed]

At the dawn of the twentieth century, many insurance companies were founded. In the year 1912, the Life Insurance Companies Act and the Provident Fund Act were passed to regulate the insurance business. The Life Insurance Companies Act, 1912 made it necessary that the premium-rate tables and periodical valuations of companies should be certified by an actuary. However, the disparity still existed as discrimination between Indian and foreign companies. The oldest existing insurance company in India is the National Insurance Company, which was founded in 1906, and is still in business.

The industry recognises examinations conducted by the IAI (for 280 actuaries), III (for 2.2 million retail agents, 490 brokers, 175 bancassurers, 125 corporate agents and 29 third-party administrators) and IIISLA (for 8,200 surveyors and loss assessors). There are 9 licensed web aggregators. TAC is the sole data repository for the non-life industry. IBAI gives voice to brokers while GI Council and LI Council are platforms for insurers. AIGIEA, AIIEA, AIIEF, AILICEF, AILIEA, FLICOA, GIEAIA, GIEU and NFIFWI cater to the employees of the insurers. In addition, there are a dozen Ombudsman offices to address client grievances.